English-friendly
Not to be missed !

Within a few months Elsa Dreisig was awarded of many prices. Since then, her calendar is packed with performances on some of the world's biggest stages.

She has been immersed in the world of opera since infancy (her mother and father are singers) and has a temperament and turn of phrase which can captivate or disconcert. But this young Franco-Danish soprano is highly talented and has a wealth of prizes and awards to her credit. She studied with a company in Germany (one of the best training grounds in Europe) and was first seen in France in a production of Les Parapluies de Cherbourg at the Théâtre du Châtelet then as Micaela in the production of Carmen in Aix directed by the unconventional Tcherniakov. Massenet, Bizet and Gounod feature among her favourite composers. She has recently recorded this repertoire with the Orchestre Montpellier-Occitanie and it seemed an obvious choice to dip into it for her first major Parisian recital.
Read more Read less

This show is no longer running 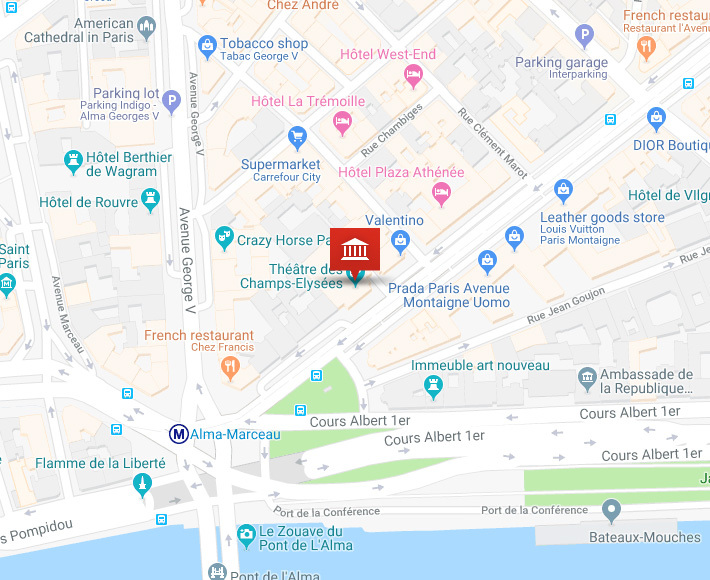 How to get to the Théâtre des Champs-Elysées